This kind of came up in a discussion on Facebook because I’ve been using a word out here that I never used in California. And that’s because classic Brooklyn rowhouses/brownstones all have one thing in common: a stoop.

Some stoops incorporate a small patio space, but mostly it’s just the front steps to the building. 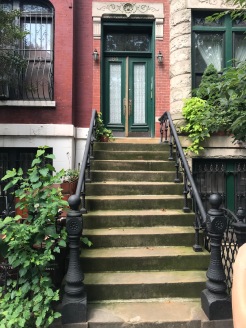 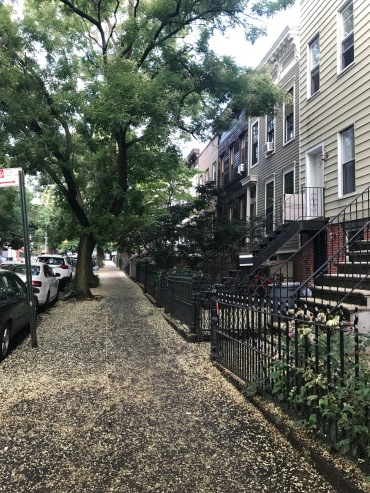 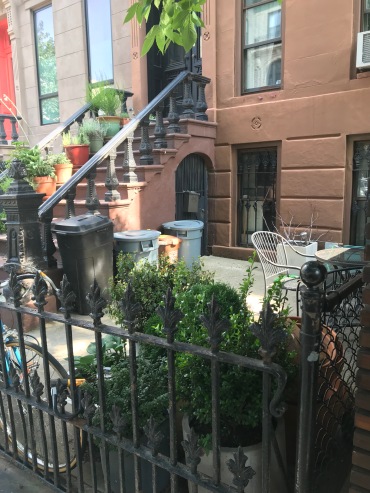 On the West Coast, few people have stoops, and, if they do, they probably live in a pretty large apartment building and sitting on their stoop is a foreign concept. They would, in fact, most likely feel like they were in the way of anyone trying to get in and out of the building. But in Brooklyn these complexes rarely have more than 5 or 6 apartments — Molly/Sean/Shannon’s only has 3 flats in total — and you don’t really mind squeezing by your neighbor on the stairs.

Honestly, if you’re looking for personal space, New York isn’t for you.

I mentioned this a little bit in my Freelance Life post, but the stoop is a centerpiece in the social game in Brooklyn. I don’t feel like I’ve integrated enough into life here to really understand the nuances, but I have noticed that having access to a backyard is much more rare than it is in California. Space in general is a hot commodity in New York, and all potential space is utilized.

But it’s also one of the few places I’ve seen people in New York just lounging around with their family, or reading the newspaper, or chatting with passersby. During the day, everyone always seems to be racing from one thing to the next, and then around twilight a magical shift happens and people sit down on their front stoop to enjoy the cooler evening weather.

I’ve met a ton of Molly/Sean/Shannon’s neighbors this way. And all of them have been very friendly. Though, with some of them, it took Sean, Molly, or Shannon introducing me (essentially vouching I was all right) before they opened up.

I’ve noticed that Molly, Sean & Shannon don’t really hang out in their front stoop space, which I thought was a shame. It’s one of the more spacious areas on the block, and it’s shaded nicely during the afternoon. So I took it upon myself to start using it as work space.

After the fourth person stopped to chat, though, I understood why they don’t often do this: you can’t actually get any work done on your stoop.

Stoops are for socializing.