Tako and I took it easy on Day 12 because Sumit, Ashwini & I were going to an all-night dance party. So we hung out at the house, caught up the blog, and then I took Tako to Paradise Pet Lodge. The plan was an overnight stay for him, with some playtime and grooming thrown in.

I did not expect to miss Tako as much as I did. I think I freaked out Finn (see his sweet face below) a little bit trying to full my puppy void. Tako and I have been attached at the hip for over a month, spending nearly every day together, but for the last two weeks we haven’t spent more than a few minutes apart. That’s just the nature of this road trip. It was really, really hard to say goodbye to him, actually.

The main event of my day was dinner at my besties’ aunt & uncle’s house. Their view is absolutely bonkers it’s so beautiful. 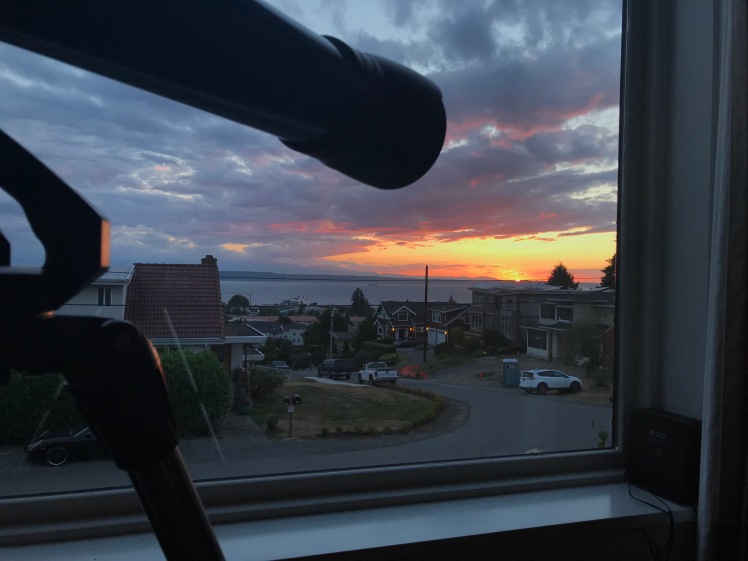 I met a new doggo-bestie, Finn. This is the chillest dog on the planet, guys. Just a big ol’ floofy bundle of love. 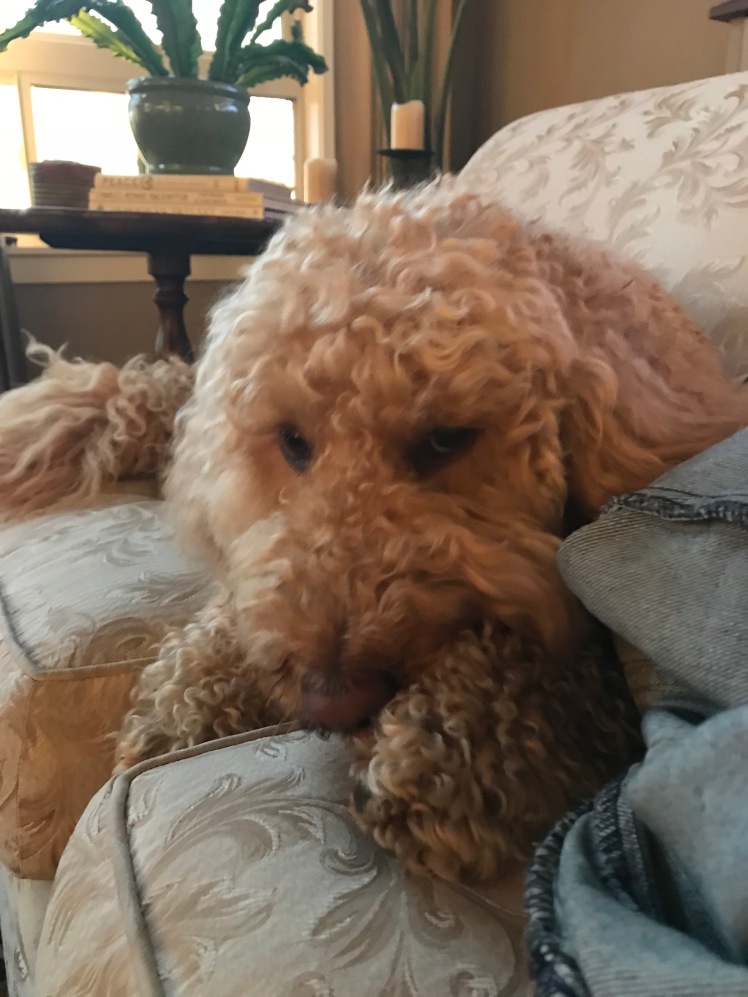 And their cooking would make me fat within a week. Their family is genetically blessed to be tall slim people, and I am so jealous of their lives. 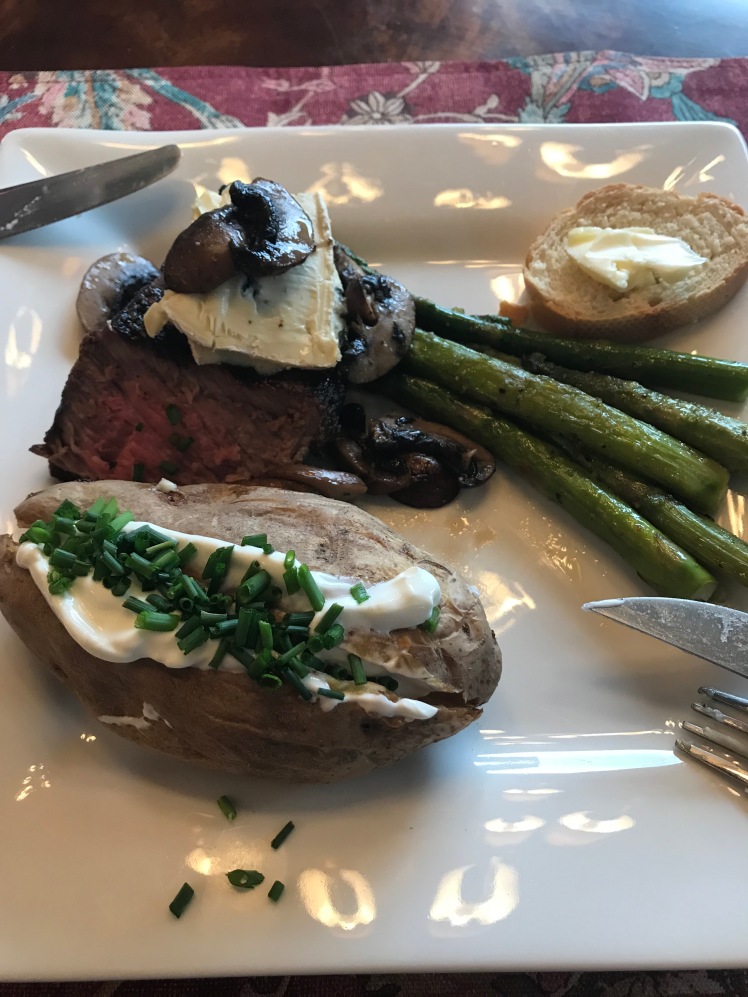 I mean, look at that. Steak with gorgonzola and sautéed mushrooms, baked potato with sour cream and chives, and sautéed asparagus. I didn’t even eat the soft & crusty baguette they set out, and I hadn’t gotten to the spinach strawberry salad, yet. I could have cried it was all so good.

I failed to make any conversation during dinner because I went face first into my plate, only surfacing when Roxie asked me a direct question a couple of times.

In short: I made a great impression on my besties’ family. 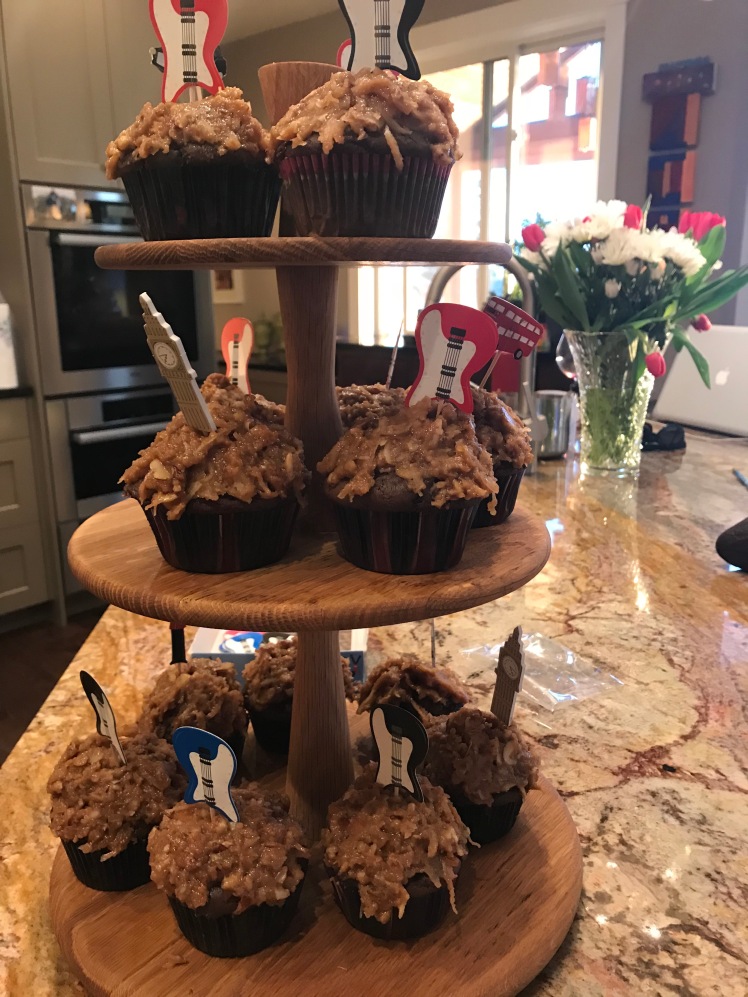 But the main event for me was getting to spend some time with one of my favorite little ladies, Roxie. 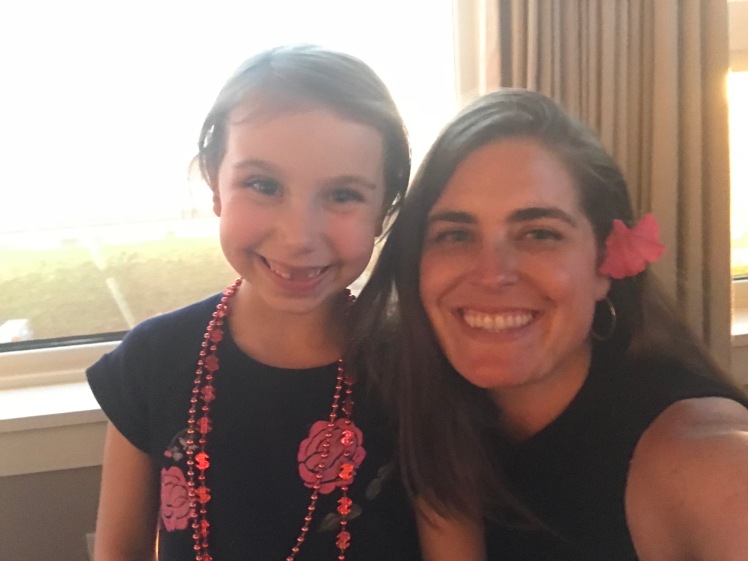 She gave me a tour of the house and garden (both of which are mind-boggingly beautiful). And then she picked that flower for me so that we would match.

I accidentally bruised her little heart because bestie’s aunt thought I was spending the night, so Roxie thought we were going to have a slumber party. I felt awful when I got ready to leave and found out about the miscommunication. A slumber party would have been awesome!! And how kind that they were going to let me stay over! I told Roxie we’d have a party next time, but what does that mean to a six-year-old, you know? So hard.

I’m feeling very old these days, so I drove back to Sumit & Ashwini’s to lay down for ten minutes before getting ready. I brought exactly one outfit that can pass for club attired — a black velvet Tshirt dress; not exactly haute couture — and when I got dressed, I realized that I brought zero club shoes. The only shoes I have with me are a pair of metallic sandals that I’ve been wearing every day, a pair of flip flops, and trainers. I was really concerned because they’re open toe, and clubs in SF would not let me in without proper shoes.

And then I remembered: I’m in the land of Tevas. Of course I can wear rose gold sandals.

Guys, this was the first time I put on real makeup since I left San Francisco, and it felt so weird. I texted my bff, Max, and told her I felt like I had forgotten how to chick. But I think I did a passably-acceptable job.

We got to Monkey Loft around midnight because the party was going until 5 a.m. It was so much fun. I always forget what great places house music shows are. You rarely if ever meet an aggro person at a house dance party. Everyone is too happy to be there. It’s such a refreshing atmosphere, with everyone smiling at you if they catch your eye and everyone kind of looking out for each other in the crowds.

The Lost Boys went on around 3 a.m. Maybe? I lost track of time, and for the most part I could barely see the booth. (I am not a tall woman.)

Monkey Loft is an awesome venue, Seattle. Top notch job there. That roof deck is so great. (I tried to take a few clips, but my phone does not like night-lighting. At all. It protests.)

Seattle, after a really rough start, you’ve won me over. You’re pretty fantastic.

The look on Roxie’s face when she realized we weren’t having a sleepover. Absolute low.