I woke up today (my last full day in Seattle!) before any of my friends, so I took Tako on a short early-morning hike along the Coal Creek Trail.

I guess I’ve forgotten to mention until now that my friends live in a neighborhood that has a view of Mt. Rainier. They didn’t warn me the first night we went sightseeing together; they just told me to turn south out of their drive instead of north and said to “watch for it.”

A few seconds later, we turned a corner, and I saw this:

So that was the view we got to enjoy on our way to Coal Creek this morning.

Signs had been posted at the trailhead about a possible cougar sighting in the area, along with an interestingly-worded sign about bears. 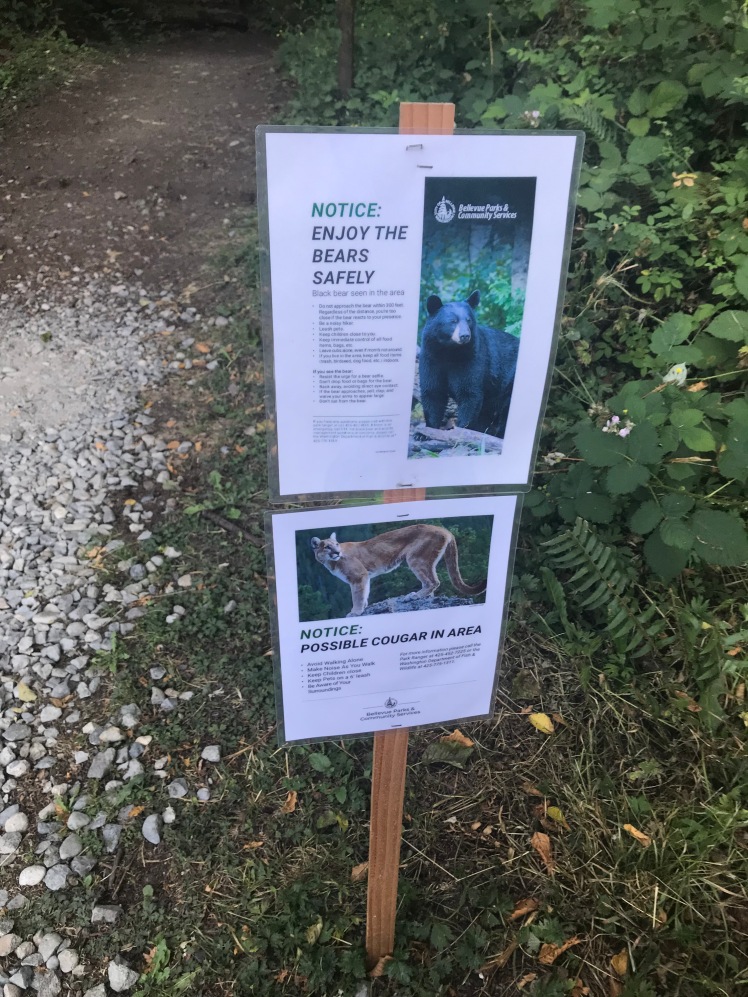 When I got back today and mentioned where I’d been, my friends were a little freaked out. They’d heard about the possible cougar sighting, and the attack a few months ago was still pretty fresh for them.

I don’t know a lot about cougars/mountain lions/pumas. I’ve never seen one even though they’re pretty common in California. From what I remember from Girl Scouts — on a scale of 1 to 10, how bad is it that I still rely on knowledge I learned when I was nine? I’m fine, you guys. I swear. — they usually avoid humans.

To be honest, I did pause at the sign to stare at it for a moment — though mostly for the note implying what a riot of fun bears are — and a trail runner passed us. I thought, “If she’s not scared, why should I be?” (Which is admittedly naïve. Maybe she’s a secret ninja. Maybe she fights cougars on weekends for fun. I don’t know her life.)

If I got scared and turned back every time a sign warned of a possible predator sighting, I’d never hike at all. Full disclosure: If I saw a sign saying “possible grizzly sighting,” I probably would turn back. Putting that out there now.

We had the whole trail to ourselves for about an hour before we saw another person. The waterfall is only a few minutes away from the end of the trail we entered (near Red Town), and it’s more active when it’s been raining.

Along the way, we met a darling pitbull named Layla, with whom Tako fell in love. For once in Tako’s life, the feeling was mutual. It was a good morning for both of us.

I also learned that Tako is weirdly terrified of wooden bridges. We’re working on that.

I was planning to meet up with a friend in the afternoon who’s been traveling the week I’ve been here, but she had something come up. Instead, Tako and I went on another hike on the other side of the Newcastle area.

We had a few surprises on the trail:

The remains of a van… 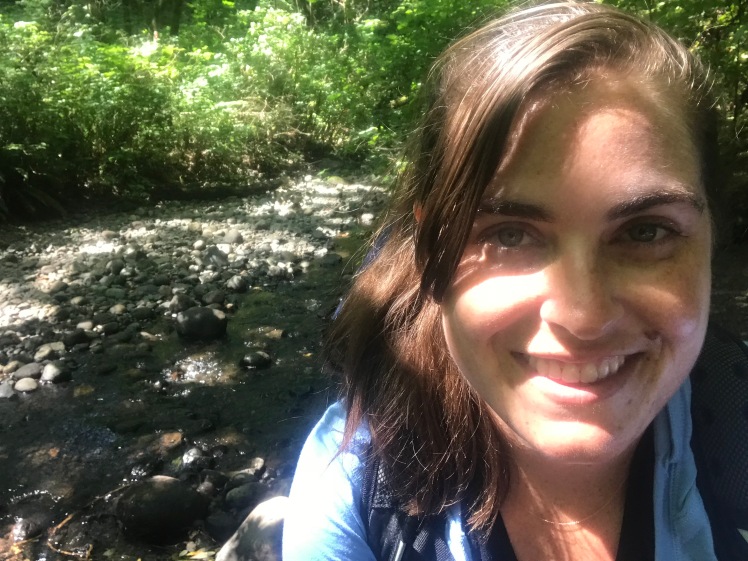 Finally. Interesting little tidbit: the May Creek Trail doesn’t technically intersect with the creek, so I had to wander down a few side trails before I found one that goes down to the bottom of the gorge.* 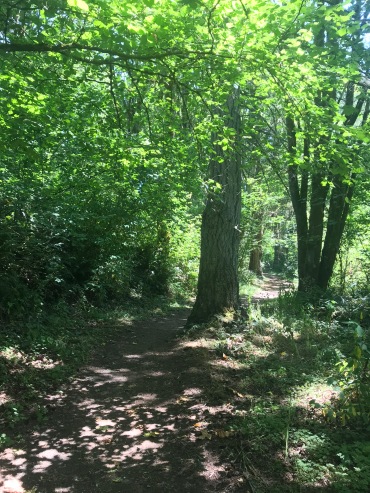 Trail surprises are the best surprises…but I’m really wondering about that van. I feel like there has to be a story there. These trails are too manicured for a rusty old van to be left behind without a reason. Plus, they put up a fence in front of it.

When I got back to the house, Ashwini met me with food that she made “just in case” I might be hungry! How amazing is that?! So we watched an episode of The Office with delicious borugulu.

For our last night together, Sumit, Ashwini & I had a mini pizza party, just the three of us. And then Sumit found out he had to give a presentation first thing on Monday morning, so we were very grateful we hadn’t yet moved on to cocktails.

Everything. Just a really good day.

Missing Julie in Seattle is a low, but I can see her in San Francisco.

*According to other websites, the main trail usually does cross the creek, so maybe the water level isn’t high enough right now.

One thought on “Day 14: Newcastle”