I’m officially leaving the Pacific Northwest behind. I can’t quite decide why I’m so nervous about it, but part of me feels like this trip is really about to begin.

Maybe it’s because I haven’t really left my comfort zone yet. Washington looks very much like Northern California. 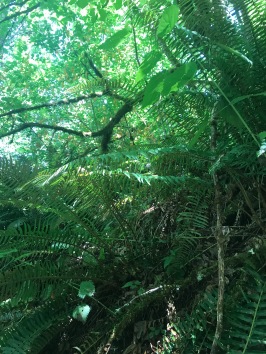 Everything is just a bit more here. The woods are lusher; the insects are bigger. But it feels much like home.

It was the same in Portland and, of course, Tahoe, which we’ve been to a few times since I got Tako.

Fort Bidwell was a little bit different but still relatable. 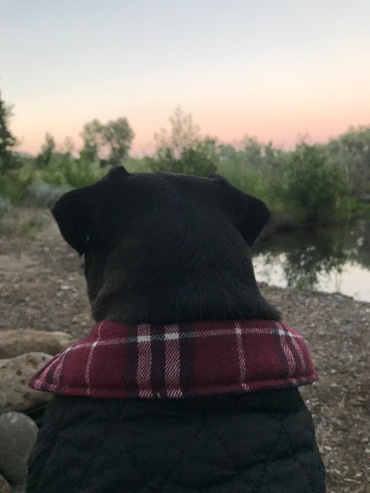 Driving north along the Nevada border and through Central Oregon were a bit different to what I know.

I’m not sure what expectations I had for this road trip in terms of “new” experiences in nature. It seems I haven’t met them yet.

Or maybe the nerves are because Seattle was the last group of friends I’m planning to see until I reach Boston in late August. Once I hit the two-week mark, it will be the longest I’ve ever gone in my life without seeing a friend.

That’s a bit overwhelming to think about, really. I’ve traveled alone before — and I’m not quite alone now, to be fair — but never for longer than two weeks. I’m an extremely social person, and I have a deep-rooted fear of loneliness. So I’ve never been alone for as long a chunk of time as I’m staring down the barrel of now.

I do have options that could cut that month into more manageable chunks.

Option A: A friend of mine is going to be in Jackson Hole with some family right when I’m passing through Big Sky, MT and invited me to come down for a day or two. I could detour from the plan, skip/blow by Mount Rushmore and Sioux Falls, and see them for a day.

Cons: It would make reaching Point Beach by my reservation a bit sticky. I could probably push through two seven-hour driving days and be back on track. But I would have to skip the Black Hills and Badlands drive I planned in order to make up the time.

Option B: I have friends in Calgary who’ve reached out to me to see if I can add the area to my route, and I haven’t seen them in months! It would be so fun to catch up with those ladies. I could head north from Glacier and dedicate the middle of my trip to Banff, Calgary, and making my way across the middle of Canada.

Cons: I would miss Big Sky, which was a recommendation from someone I met on this trip. And I would have to skip Wyoming/South Dakota/Minnesota/Wisconsin entirely.

I mean, let’s face it. I probably won’t want to move to states that are so far from the coast, regardless of how awesome they are. But what if they are awesome? What if I hit Wisconsin and decide the land of cheese is the land for me? I’ve heard Madison is gorgeous and cool and full of amazing things to do.

On the other hand, this trip is about expanding my comfort zone. Maybe it’s irresponsible of me to be shying away from that fear of loneliness. Maybe I need to embrace it.

When I called my bff to talk about it, she pointed out that people talk to me everywhere I go — the same thing happens to my dad, so I think it’s a vibe I give off? — so I’ll have social interaction to feed my gregariousness. And I could wind up making friends on the road since I have a tendency to make friends easily.

I’m paralyzed by indecision, and I really need to make up my mind. I’m supposed to hit Missoula in 4 days. I’m going to have to figure this out pretty fast.

It’s moments like these that you can really tell I’m a Gemini.

Listening to: Get Me To Idaho mix

One thought on “The Road So Far: Part 1”